An In-Depth Guide to Creating a Phonology – Part 5: Phonotactics 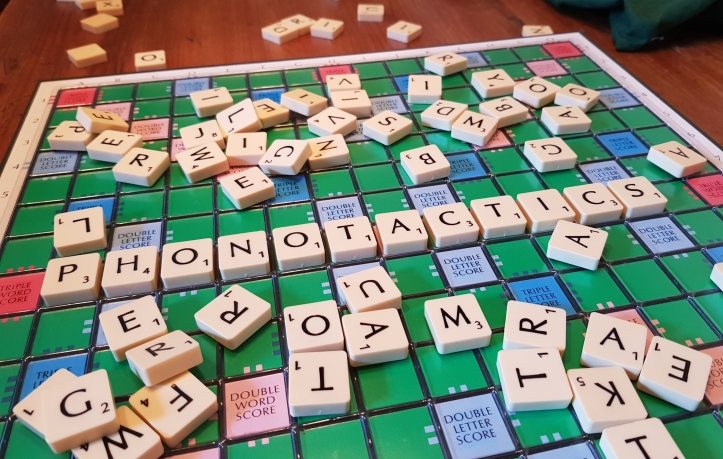 So far in this series, I’ve been explaining the various kinds of sounds that you can include in your conlang. But in addition to having a limited inventory of sounds, languages also have restrictions on how those sounds can be arranged in a syllable. These restrictions are called phonotactics.

The Structure of a Syllable

First, it is important to understand the structure of a syllable. A syllable can be divided into three parts: onset, nucleus and coda. Think of these as the ‘beginning’, ‘middle’ and ‘end’ of a syllable.

In some languages, such as Chinese Mandarin, syllable structure is normally analysed a bit differently: the onset is broken into an initial consonant, a medial semivowel, while the nucleus and coda are grouped together and called a final.

Chinese languages, in general, are very limited in which consonants can occur in the coda. This is probably due to how tone developed which I discussed in my post about tones and pitch accent.

Hawaiian has incredibly minimalist syllable structure: no constant clusters are allowed and all syllables must end in a vowel.

A good first step for creating phonotactic constraints is to define a general syllable structure. This can be expressed using a formula like this: (C)V(C). This basically means that each syllable must contain a vowel and may contain a consonant in the onset and/or coda. This should only be used as a summary and I recommend you should list phonotactic rules for clarity.

Here is a general list of English’s phonotactic rules:

There are also some rules that apply at the word-level:

There are more rules than this, but they’re a lot more specific and I want to keep it brief.

Even if your phonology is very similar to English, you can still make your conlang sound exotic by breaking the phonotactic rules defined above.

When choosing phonotactic rules, it helps to follow the Sonority hierarchy. This is basically a way of ordering sounds by their general loudness (sonority). There are many variations of the hierarchy, but it is generally ordered like this:

Also, voiced sounds would be higher on the hierarchy than unvoiced sounds of the same manner of articulation.

Usually, the more sonorous sounds (at the top of the list above) will occur closer to the nucleus of a syllable. But remember, this is a general rule not an absolute, so exceptions can occur.

When segments become more sonorous as they get further away from the nucleus, it is called a reversal. Although this sounds strange and exotic, these actually happen quite frequently in English: /s/ can precede voiceless stops in onsets; and in the coda, /s/ can follow voiceless stops.

Another kind of exception is called a plateau. This is when adjacent segments share the same place on the hierarchy. These also can occur in English: for example words such as sphere /sfiə/ or act /ækt/ which both contain two adjacent consonants of the same voicing and manner of articulation.

Another reason for this could be that /s/ in English can function as a subsyllabic morpheme, ie. it’s a segment of a syllable that carries its own meaning. Cats /kæts/ is the plural of cat /kæt/, therefore /ts/ is not an individual unit as the /s/ is removable. On the other hand, /ʃ/ does not function as a subsyllabic morpheme in English, so the /tʃ/ in catch /kæt͡ʃ/ is a phoneme since the /ʃ/ cannot be removed without completely changing the word.

I recommend that you consider what affricates there are in your phonemic inventory before writing your phonotactic constraints. If you want /t͡s/ to be a phoneme, then you shouldn’t have a rule stating that /s/ can follow any other consonant or /t/ preceding any consonant. Basically, you would want to  /ts/ to be a unique combination that wouldn’t normally be allowed under your conlang’s phonotactic constraints.

I recommend taking a look at J.C. Catford’s A Practical Introduction to phonetics, which has a chapter on co-articulation and sequences.

For my conlanging post, I’m not sure where to go from here. They may be about sound change or romanisation systems. Also, I might do a post about allophones at some point. Feel free to suggest any ideas for posts to me.